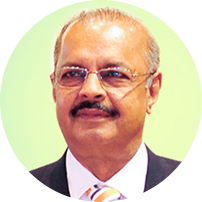 Dr. Muhammed Majeed was born and raised in Kerala, India. He has over 45+ years of experience in the pharmaceutical, biotechnology, molecular biology, nutritional and cosmetic industries.

After graduating with a degree in Pharmacy from Kerala University, Majeed emigrated to the USA in 1975. He continued his graduate studies at Long Island University, New York (M.S.) and St. John’s University New York (Ph.D) specializing in Industrial Pharmacy.

Sabinsa Corporation, a research oriented nutraceutical ingredients company, was founded by Dr. Majeed in 1988. Although the transition from a researcher to ingredients manufacturer was a tremendous challenge, Dr. Majeed handled it successfully, pioneering numerous safe and beneficial products backed by science that have since become industry standards. At present, this New Jersey based firm employs over 60 people.

In 1991, Dr. Majeed set up a research group at Bangalore, India called Sami Labs Ltd to support and expand upon the work of Sabinsa in the US. The facility now has over 500 people working for the company. Sami Labs combines manufacturing and global marketing of nutraceuticals and fine chemicals with cutting edge research.

Sami’s research-based innovative products, born of Dr. Majeed’s vision, have received recognition from the Indian Government and the US Nutraceuticals industry, as well as patents all over the world. Sami received the National award for quality products from the President Of India in the area of Basic Drugs, with both quality and innovation being identified as key components that resulted in the award. In addition, Sami pioneered the research and marketing of a number of phytonutrients based on herbs traditionally used in Ayurveda, the traditional Indian medical system, discovering far more uses than were previously known. Sami Labs was also honored twice by the Spices Board of India, receiving one award for developing a market for Garcinia Cambogia and the other for export performance.

Among his many awards, Dr. Majeed received recognition from several Indian-American groups for his enterprising work and progress. He also received the 1996 Entrepreneur of the year award from the National Federation of Asian Americans.

In early 1999, Sami Labs started a division called Sami Spices based at Cochin, India to promote procurement and marketing of spices. 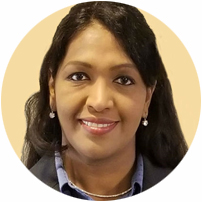 Asha has been with the Sami-Sabinsa Group for over two decades, most recently as Sabinsa’s Vice President of Business Development. She joined the Group 24 years ago as Manager of Purchasing & Special Projects at Sabinsa’s parent company, Sami Labs Ltd. in Bangalore, India. She moved to the Sabinsa staff in January 2000, focusing primarily on sales and business development with involvement in a range of departments of the organization.

She obtained her MBA with specialization in Marketing Management from Bangalore University, India. Her qualifications & valuable experience with the group stand in good stead. 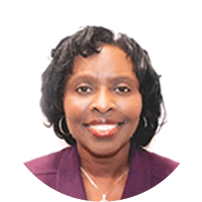 Barbara brings her customer relations experience to AFI as Manager of Sales and Operations, managing all customer communications and sales operations to work directly with AFI Customers ensuring all product requests are met and handled in a timely, efficient and effective manner.