Curcumin and its Impressive Cardiovascular Health Benefits: Highlights from the Latest Study Findings 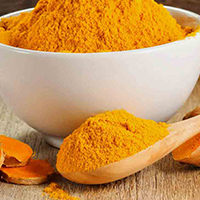 Curcumin and its Impressive Cardiovascular Health Benefits: Highlights from the Latest Study Findings

Cardiovascular diseases (CVD) are the leading cause of death in developed countries. Aging is the major risk factor for CVD, with an over 70% prevalence of CVD in men and women 60 years or older. This age-related increase in CVD risk is mainly due to deteriorating artery function caused by increased stiffness of arteries and the development of vascular endothelial dysfunction. Endothelial cells are the cells lining the arteries and the capillaries.

One major factor in arterial dysfunction is reduced levels of nitric oxide that occurs during aging. Nitric oxide is needed for healthy artery vasodilation and contraction upon demand. Deceased nitric oxide levels are caused by various factors, such as low-grade inflammation and free radical-driven oxidative stress, an imbalance of free radicals and antioxidant levels.

Curcumin is a major biologically active ingredient found in Turmeric along with other curcuminoids.

As early as 1992, it was reported that 500 mg per day of Curcumin taken for 7 days reduced the blood serum levels of cholesterol and lipid peroxides, along with increases of HDL (good) cholesterol in healthy volunteers. The authors of the study concluded that “the study of curcumin as a chemo-preventive substance against arterial diseases is suggested.”

Since then, Curcumin has been shown to increase nitric oxide production in both healthy and diseased human study populations.

Curcumin has been found to improve endothelial function and reduce arterial stiffness in healthy individuals, persons with metabolic syndrome (MetS), middle-aged and old persons, and those who are diabetic, obese, or in women post-menopause.

In a 2015 clinical trial, 117 patients with metabolic syndrome were divided into active and placebo groups. The active group was given Curcuminoids plus Piperine, a black pepper extract used to boost the bioavailability of the Curcuminoids.

The activity of the major serum antioxidant enzyme, superoxide dismutase was increased significantly in the group given Curcuminoids plus Piperine. Levels of malondialdehyde, the major toxic compound resulting from cell membrane damage, was lower in the blood serum of the active group. C-reactive protein (CRP) levels, a key inflammatory marker considered a major risk factor for CVD, was also significantly lower in the group given Curcuminoids plus Piperine.

The study authors concluded that “Short-term supplementation with Curcuminoid-Piperine combination significantly improves oxidative and inflammatory status in patients with MetS. Curcuminoids could be regarded as natural, safe, and effective CRP-lowering agents.”

In a study of past-menopausal middle-aged women, Curcumin administration decreased arterial stiffness after a two-month period of supplementation. The study authors suggested that Curcumin may be an alternative to reducing arterial stiffness in women who could not exercise.