Protect Immunity and Even Boost Your Immune Health with Natural Nutraceuticals 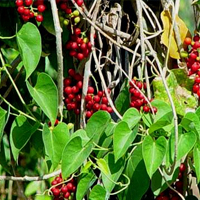 Protect Immunity and Even Boost Your Immune Health with Natural Nutraceuticals

Ayurvedic herbs have a long history of enhancing and priming the immune system. A healthy immune system has multiple health benefits, including fighting the entry of pathogens in the body. Once pathogens are in the body, a strong immune system can seek out and destroy these pathogens faster. The immune system is made up of an integrated teamwork of cells, tissues, and organs to keep us healthy. One of the key cells in the bloodstream are white blood cells, special types of leukocytes, which have two basic forms that combine to seek out and destroy disease-causing organisms or foreign substances. Antibodies are produced by the white blood cells, and the job of antibodies is to recognize a unique molecular key on the surface of an invader called ‘antigen’ so the white blood cells can attack and engulf the invader.

The role of Ayurvedic herbs is to help stimulate the immune system to shorten the duration and intensity of infection by foreign invading organisms. Following are the Ayurvedic herbs that have been known to possess the strongest evidence-based immune support.

Andrographis paniculata, most often called Andrographis, is known as kalmeghor green chiretta in Ayurvedic medicine and called as ChuānXīnLián in traditional Chinese medicine. Andrographis extracts have been traditionally used in these two fields of medicinal practice for reducing the severity and duration of common cold and fever symptoms, such as cough and sore throats, or to aid in recovery from other types of upper respiratory infections.

In 33 randomly controlled trials, where 7175 patients with upper respiratory tract infections were treated with Andrographis extract, the Andrographis-treated groups showed significantly improved cough and sore throat compared to placebo groups. Andrographis extracts had a statistically significant effect in improving overall symptoms of upper respiratory infections when compared to usual care and other herbal therapies. The evidence also suggested that Andrographis, alone or plus usual care, shortened the cough duration, sore throat duration, and sick leave time to recovery when compared to standard care alone. Andrographis appeared to be safe with no major adverse event reported.

Tinospora cordifolia has been used in traditional Indian Medicine to boost body’s immune response in fighting malaria, infection, and liver toxicity, and to reduce immune response in cases of inflammation, allergies, arthritis, fever, and diabetes. In short, Tinospora cordifolia can provide the body with balanced immunomodulation, where it recognizes and attacks foreign proteins without attacking self-proteins, which would otherwise cause autoimmune disorders.

In cell culture studies, extracts of Tinospora cordifolia have been shown to activate several key immune cells, including Natural Killer (NK) cells by 331%, B cells by 39%, and T cells by 102%. In animal studies of inflammation, T.cordifolia was found to be more effective than acetylsalicylic acid (aspirin) in alleviating acute inflammation.

Seventy-five patients with allergic rhinitis were randomly given either T.cordfolia extract (TC) or a placebo capsule for 8 weeks. 100% relief was reported from sneezing in 83% of patients taking TC, there was a reduction in nasal discharge by 69%, 61% relief from nasal obstruction, and 71% population were relieved of nasal pruritus (itching). In the placebo group, just the opposite was seen – no relief in 79% of those sneezing, no relief in 84.8% of patients with nasal discharge, no relief in 83% from nasal obstruction, and no relief in 88% suffering from nasal pruritus. In the active group taking TC, eosinophil and neutrophil count decreased in nasal samples, while in the placebo group, the change in eosinophil and neutrophil count was marginal in the nasal fluid. The nasal smear analysis count correlated well with the clinical improvements seen in patients taking the extract to treat allergic rhinitis.

Percutaneous Transhepatic Biliary Drainage (PTBD) is performed in surgical jaundice to decompress the biliary tree and improve liver functions has great risk of infection (septicemia, or blood infection) due to immunosuppression. The surgical outcome remains poor. In 4 groups of patients, the first group was (A) those undergoing surgery without PTBD, (B) those undergoing surgery after PTBD. The mortality was 57.14% in Group A as compared to 61.54% in Group B. Group (C) patients received Tinospora cordifolia extract during PTBD, and Group (D) patients took Tinosporia cordifolia without PTBD. A major improvement in PMN (Polymorphonuclear leukocytes – immune cells) functions occurred by 3 weeks in both groups taking the extract. The mortality in Groups C and D was 25% and 14.2%, respectively during the preoperative period. There was no mortality after surgery. Surgery-related mortality was reduced by 56% in those who were given T. cordifolia undergoing surgery without PTBD. In the group given T. cordifolia without PTBD there was a 76% reduction in mortality.

Curcumin is the major curcuminoid found in turmeric that exhibits anti-inflammatory, anti-oxidant and immunomodulating properties. Curcumin inhibits the activation of the transcription factor nuclear factor kappaB (NF-ĸB) without changing the levels of constitutively expressed NF-ĸB. These results suggest that curcumin most likely inhibits cell proliferation and cytokine production by inhibiting NF-ĸB target genes involved in induction of the immune response.

At the molecular level, the multitargeting Curcumin has been shown to exhibit anti-inflammatory activity through the suppression of numerous cell-signaling pathways, including NF-ĸB, STAT3, Nrf2, ROS and COX-2. Numerous studies have indicated that curcumin is a highly potent antimicrobial agent and has been shown to be active at numerous targets at the gene expression level, the epigenomic level and at multiple NFĸB downstream targets.

The dysregulation of the anti-inflammatory cytokine IL-10 plays a role in the development of many inflammatory diseases, such as neuropathic pain, Parkinson’s disease, Alzheimer’s disease, osteoarthritis, rheumatoid arthritis, psoriasis, and systemic lupus erythematosus. Curcumin is an anti-inflammatory agent that upregulates the expression and production of IL-10 and enhances its action on several tissues. In in vitro and in animal models, Curcumin is found to modulate the disease pathophysiology of pain, neurodegenerative diseases, and infections through its effect on IL-10 release. At least one part of the positive effects of curcumin on health could be related to its ability to enhance IL-10’s anti-inflammatory effects.

The three natural nutraceuticals discussed here, Andrographis, Tinospora cordifolia and Curcumin act though multiple pathways to strengthen the immune system naturally and are candidates that have the potential to manage several human diseases because of these multiple pathways.