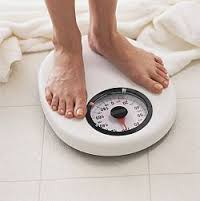 In order to fully understand weight loss, it is necessary to first understand the underlying causes of weight gain.

Several behavioral issues further contribute to weight gain, such as eating too quickly, insufficient sleep, high stress levels, and lack of exercise. Finally, fat tissue accumulation changes the body weight set point, which leads to metabolic changes that resist weight loss efforts. Each of these factors work together to cause weight gain and promote obesity.

Although more than two-third of US adults are overweight, almost one-third of the population does maintain proper body weight; so, it is obvious that normal weight is an achievable goal well worth pursuing as obesity is known to puts one at high risk for developing diseases and is therefore a major controllable risk factor.

Any weight loss plan should include avoiding refined carbohydrates and high fat foods, and eating large quantities of whole food to achieve and maintain proper weight while still maintaining a sense of fullness.

Weight Gain in the Historical Context

Before the modern era, we had to search for food by hunting, foraging, and farming, which began only about 10,000 years ago. Substantial calories were expended during the laboring process for food as well as building habitats for survival against the elements.

Evolution takes place on a much longer time scale, however. During these early times, calorie-dense foods, such as refined carbohydrates, processed and fast foods were unavailable. Humans subsisted on natural foods, including wild game, fish, fruits, and vegetables that they could harvest growing in the wild. The natural selection process that took place over hundreds of thousands of years caused humans to be genetically adapted to be hunter-gatherers, while pursuing game over great distances.

Hunter-gatherers were lean and obesity was a luxury that was virtually nonexistent. Our modern sedentary lifestyle is a strange and unhealthy experience from the perspective of our inherited genetic physiological needs. Weight gain and obesity then can be viewed as an unavoidable consequence when humans switched over, on a relatively short time scale, from an active to a sedentary lifestyle and went on to consume previously unavailable calorie-dense foods.

This is, in fact, what has happened to modernman and is the best overall hypothesis to explain the overweight and obesity global epidemic we are now experiencing.

There are three ways to achieve weight loss:

The best weight loss program would ideally include all of the above—a combination of eating less, a daily exercise program and taking thermogenic supplements that also suppress appetite.